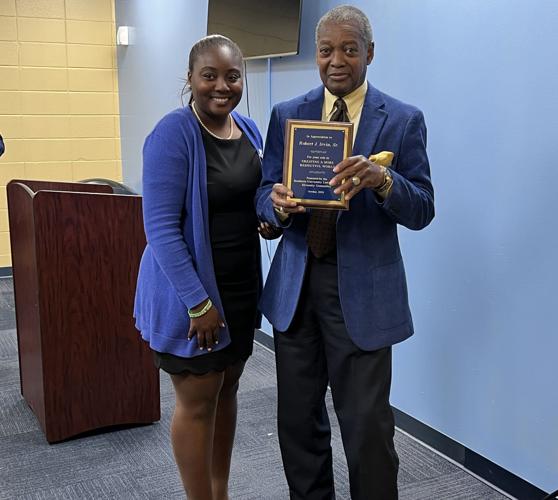 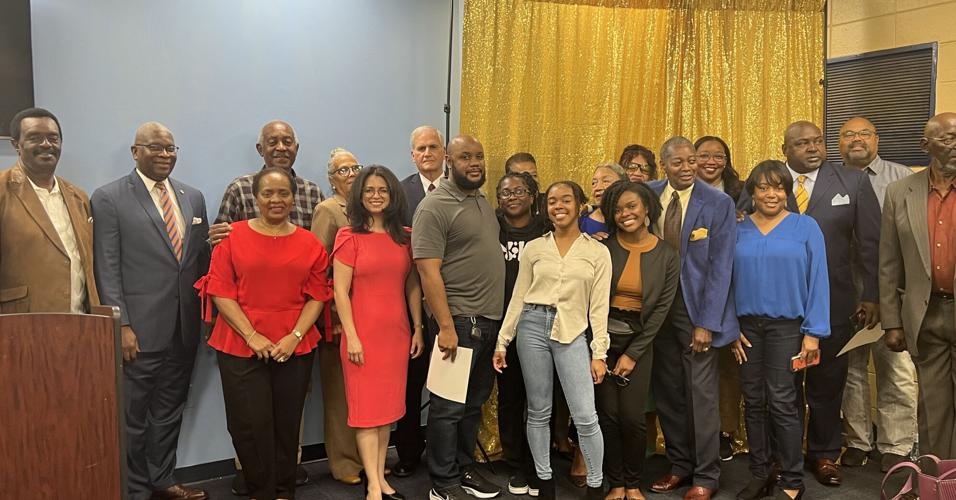 The Southern University Student BAR Association Diversity Committee presented the “Creating a More Respectful World” award to Robert J. Irvin, Sr., a barber for 58 years of service. Irvin Sr. along with his wife, three children and siblings are all alumni of Southern University.

Mr. Irvin is the first person in the award’s history to receive the award who did not attend the Southern University Law Center (SULC). The plaque originated in Baton Rouge at a time near the murder of Alton Sterling and that of the Baton Rouge Police officers, explained by Professor Micheal C. Garrard.

Student Kawana Drake created a design for Fall Fest of 2016 that epitomized the message of the Southern University Law. The plaque was created and presented to honor Drake for her humility. The award has since been presented to other students, Diversity Committee members, and graduates of the Law Center.

“Providing not only grooming services, but life lessons to all those who visit the barber shop,” said Co-Chair of the Diversity Committee Victoria Grant as she presented the plaque to Mr. Irvin. Irvin shared the special ceremony with friends and family who traveled to attend the event from Gonzales and Darrow, Louisiana.

“I heard someone say one time that if you have a job that you love doing, then you’ll never have to work a day in your life,” said Irvin on why he’s continued his dedication to Southern University and the barbershop.

When asked what he felt was his most meaningful contribution to the university, Irvin recalled one Chicago student from over twenty-five years ago as a freshman walking into the barbershop to whom he offered his advice. Irvin said the young man was shocked that anyone was even paying attention to him as his family was so far away, but he took heed of the advice offered to him and got his act together.

The same student returned twenty-five years later as a parent of his own freshman asking Mr. Irvin to extend the same courtesy to his son and thanking him for how he looked out for him as a freshman himself. Irvin enjoys the nicknames that he’s received from the students over the years like “Pop” and “Unc”. He admitted, “The youngsters keep me abreast on what’s going on in the world.”

Attorney Donald Dobbins was the guest speaker and emotionally told personal accounts of Mr. Irvin’s generosity as he helped him throughout his time at Southern in undergraduate and graduate school. “He is not only a humble man, but a man of resilience,” said Dobbins.