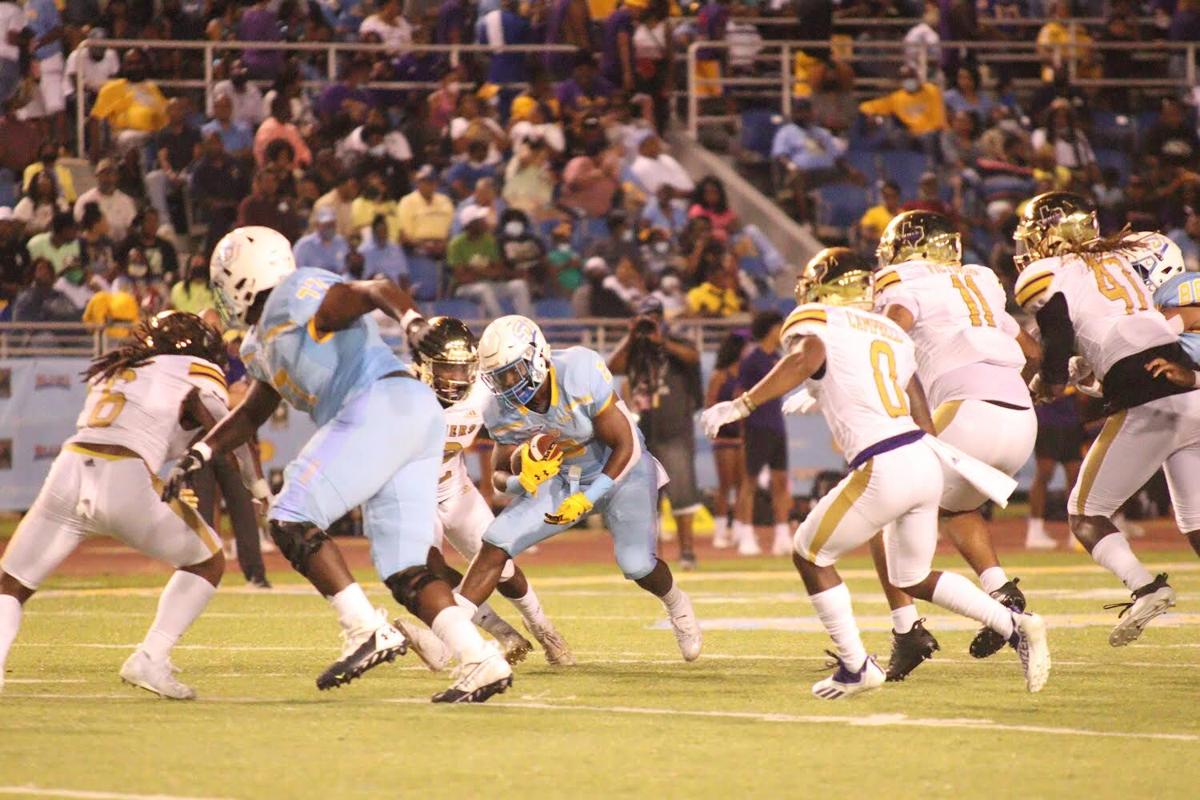 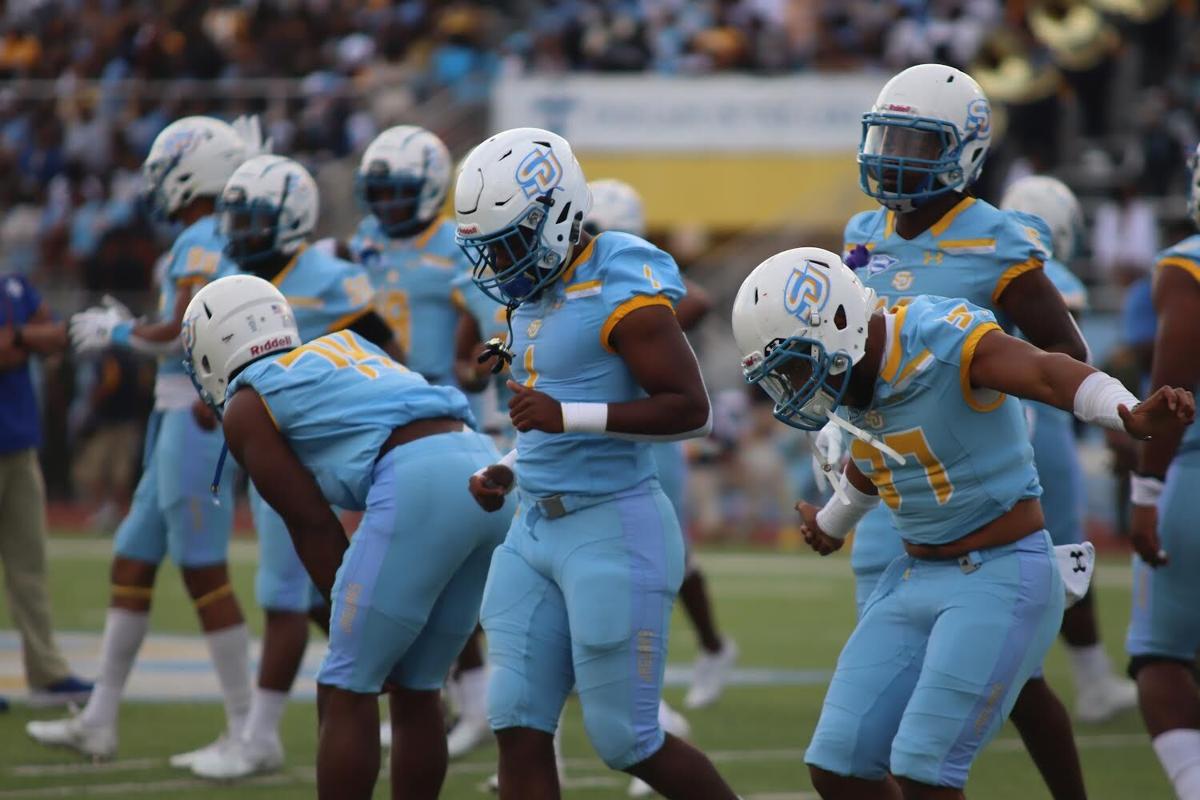 Southern University Jags getting hyped during the homecoming pre-game at A.W. Mumford Stadium on October 23.

Southern University Jags getting hyped during the homecoming pre-game at A.W. Mumford Stadium on October 23.

With Southern’s past and present student body in attendance the Jaguar’s faced off with the Prairie View Panthers in a homecoming showdown. This game would be the first four straight home games to end the season for the Jag’s. Coming into this game the jag’s were coming off of a blowout victory against University of Arkansas - Pine Bluff. This game would also prove to be a strong test for Southern as the Panthers were undefeated in conference play thus far.

The game started out slowly for both teams as neither teams was able to score for the first few drives. Southern’s defense was able to force two interceptions courtesy of Junior Rover Jakobi Jones and Graduate Student Linebacker Ray Anderson. Prairie View was the first to put points on the board with a first quarter touchdown it set the tone for the rest of the game. The defense started out the game strong however the offense was unable to capitalize until the second quarter. Southern then responded with a drive that ended with an eight yard rushing touchdown by Redshirt Senior Ladarius Skelton. That touchdown drive would be Southern’s one and only as they were unable to score again until the second half. Prairie View went on to score again and went into halftime up 14-7 against the Jags.

Coming out of halftime Southern trailed by a touchdown and couldn’t seem to find their footing in the game. Prairie View was once again the first to score and never gave up the lead for the rest of the contest. Southern did respond to the score however, with a deep pass from Redshirt Junior Quarterback Glendon McDaniel to Senior Wide Receiver Marquis McClain for a 56 yard touchdown. Southern’s defense seemed to run out of gas as they gave up five straight scores to the Panthers.

In the fourth quarter Southern was able to score once more on a quarterback keeper from Skelton but, it was just too late. Southern lost the homecoming game 21-48. This loss set back the Jags as their record fell to three and three on the season and two and two in conference play. The Jags truly needed this win but injuries and defensive miscues ultimately led to their downfall in this game.

After the game Interim Coach Jason Rollins spoke to the teams second half performance. “The ball didn’t bounce our way, so I have to do a better job to make sure those things go the way they’re supposed to go.” The Jags defense seem to be truly out of sorts. They were only one touchdown from tying their most points given up on the season which came against Troy who scored 55 on the jags defense. Ray Anderson also spoke the feeling of the defense in the second half. “I feel like it’s a lot of emotion in this game.” “At the end of the day we’re all brothers we’re fighting for the same thing and the same goal.” Senior Receiver McClain who had three catches for 80 yards and a touchdown spoke to the team’s rough day as well. “Most of that stuff is just execution, I dropped the ball out there.” McClain had two drops on his five targets during the game. Southern will look to bounce back in their game against Alcorn State. Alcorn is coming into the game on a four game win streak.