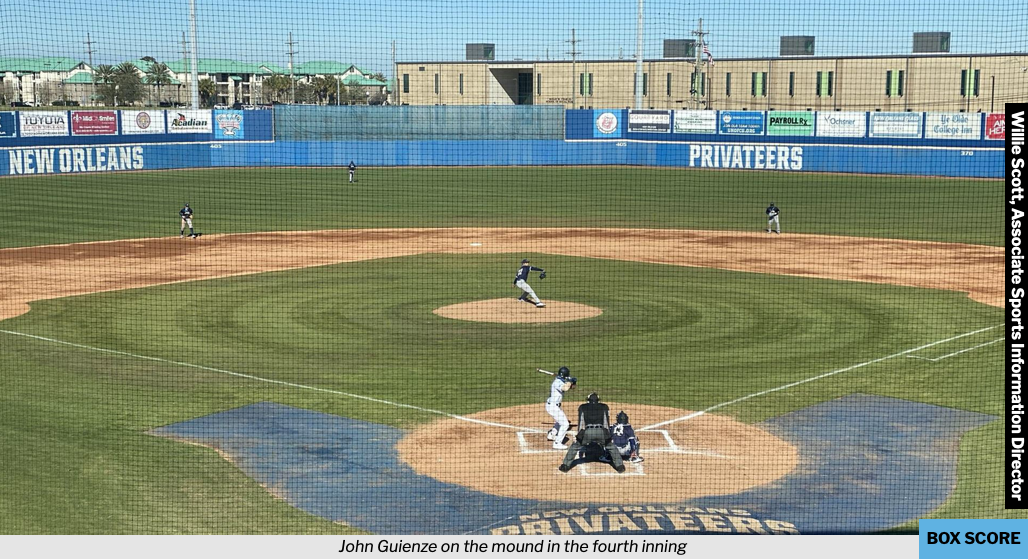 On Friday, The Southern Men’s baseball team opened their season with a three-game series against the University of New Orleans baseball team. The latter two games were played as a doubleheader on Saturday. Southern is coming off a season that was cut short by COVID-19. In the games that they played, however, they went 6-10 overall. In this series, they would look to continue their two-year opening day win streak. Southern hasn’t lost an opening day game since 2018. This series would also serve as the first series for new interim head coach Cris Crenshaw.

In the first game on Friday, Southern jumped out to a two-run lead over their opponents. UNO fought back in the second inning scoring a run but Southern still maintained their lead going into the third. Leading off in the third inning redshirt junior Tremaine Spears hit a two-run bomb to left field to increase Southern’s lead to three. UNO then answered back in the bottom of the third with two runs and one of them being a home run. In the third inning, both teams would combine for five runs as UNO tied the game.

UNO would go on to break the tie with a double that led to a score in the fourth inning. Once the tie was broken, Southern only managed to score once more as UNO went on to take the first game in the series. This series began with fireworks from both teams and would set the tone of the doubleheader that followed.

In the first game of the doubleheader both teams came out quiet as no runs were scored in the first two innings. UNO was the first to break the tie with a run in the third but, this run wouldn’t go unanswered. In the fifth inning, Southern found a way to wake up the bats and scored three runs. The loudest of the three runs was a two run shot to left field by Sophomore O’Neill Burgos. UNO scored once more at the bottom of the fifth but, Southern still retained a one score lead over their opponents.

In the sixth inning both teams traded one run a piece, but Southern was still able to maintain control. The next three innings were scoreless for both teams as it seemed that their firepower had finally exhausted. Southern held on to the lead and won the game 4-3. The second game of the doubleheader went a bit differently.

UNO rebounded from the loss that they just received from the Jags by notching five total runs to begin the first inning. This inning would tell the tale of the rest of game as the Jags tried to answer back to their offense but just came up short. The final score of the game was 3-6 as the Jags split the double header right down the middle.

The Jags have many positive takeaways from the game to use going forward. It’s worth noting that in the game they won, their pitchers pitched three straight scoreless innings. Southern will look to get back into the win column on Friday against Louisiana Tech.