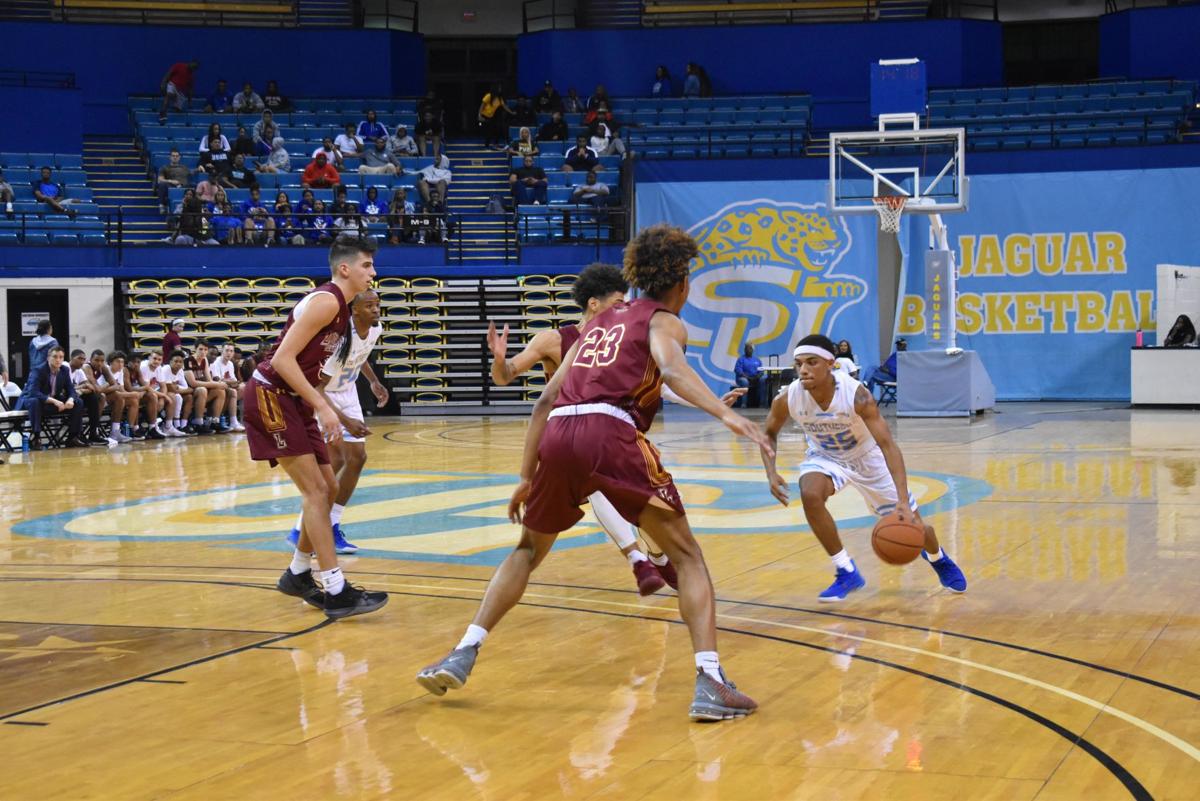 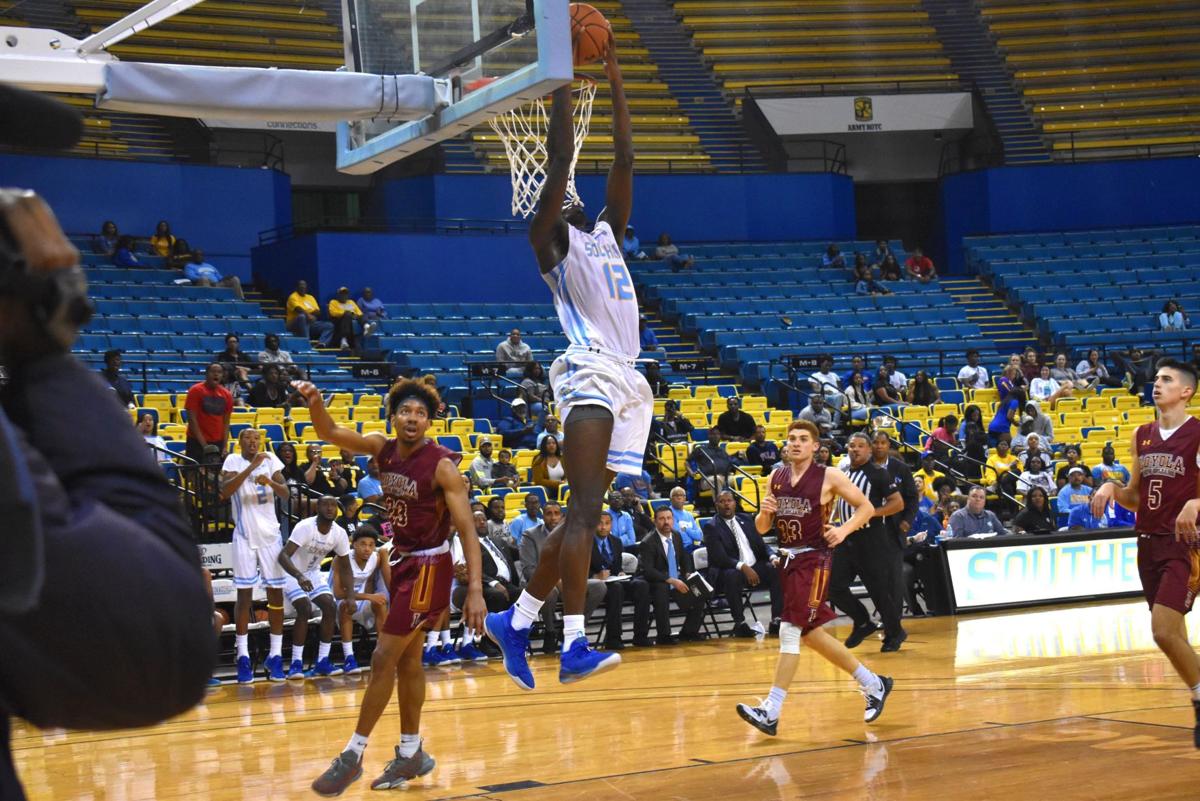 Senior, forward, Darius Williams, makes a crowd roaring dunk in the second half of the Men’s game vs Loyola game on Wednesday, November 6. (Tiffany Williams/DIGEST)

Senior, forward, Darius Williams, makes a crowd roaring dunk in the second half of the Men’s game vs Loyola game on Wednesday, November 6. (Tiffany Williams/DIGEST)

Last Wednesday night, the men’s basketball team played their home opener against Loyola (NO). Both teams split their seasonal games the previous season. Southern started the game fast on a 7-0 run. Loyola wouldn’t go away, however, as they responded soon after with inside jumpers. The first half for the Jaguars would take them into half time with a 5-point lead over Loyola. The team was plagued with turnovers, tallying 8 in the first half.

The second half for the Jaguars was a different story, however. They played much better defense on the perimeter. Loyola guard Terry Smith Jr., who shot 4/7 from three in the first half, was held to just one three in the second half. The Jaguars also racked up 18 steals for their efforts on defense. They were led in steals by guard Ahsante Shivers, who had four.

The second half also showed the depth of the Jaguars. Senior Osa Wilson came off the bench and provided a much-needed spark. He scored seven points in just six minutes of play. They also received consistent contributions from guard Brendon Brooks, who went 4/4 at the free throw line while shooting 50% from the field.

“For a brand new team and for some players their first time playing at this level it wasn’t bad,” said Head Coach Sean Woods following the game.

The game toward the end brought much excitement to the Mini Dome as Loyola went on a late run. However, due to late game adjustments by Coach Woods, they were stopped in their tracks as Southern came right back with a run of their own. They would end the game on a 13 to 3 run as Southern closed out to get their first win of the new year. Southern ended their first outing with a 17-point win 87 to 70 against Loyola.

The Jaguars were led in scoring by Ahsante Shivers who had 18 points on 6 for 8 shooting from the field and going 4 for 4 from the line. Consistency at the line and stellar defense were the standout traits in the win.

Overall, it was a solid win to build off of for Southern. The team played very solid defense and were able to score with some consistency. Woods said that he liked what he saw from the team.”The things we want to improve on the most going into our next game is rebounds and turnovers.” The Jags were outrebounded 31 to 28 by Loyola and they also finished the game with 20 turnovers.

Following a weekend loss to Murray State in Kentucky, the Jags look to keep the positive momentum going Thursday at New Mexico State.