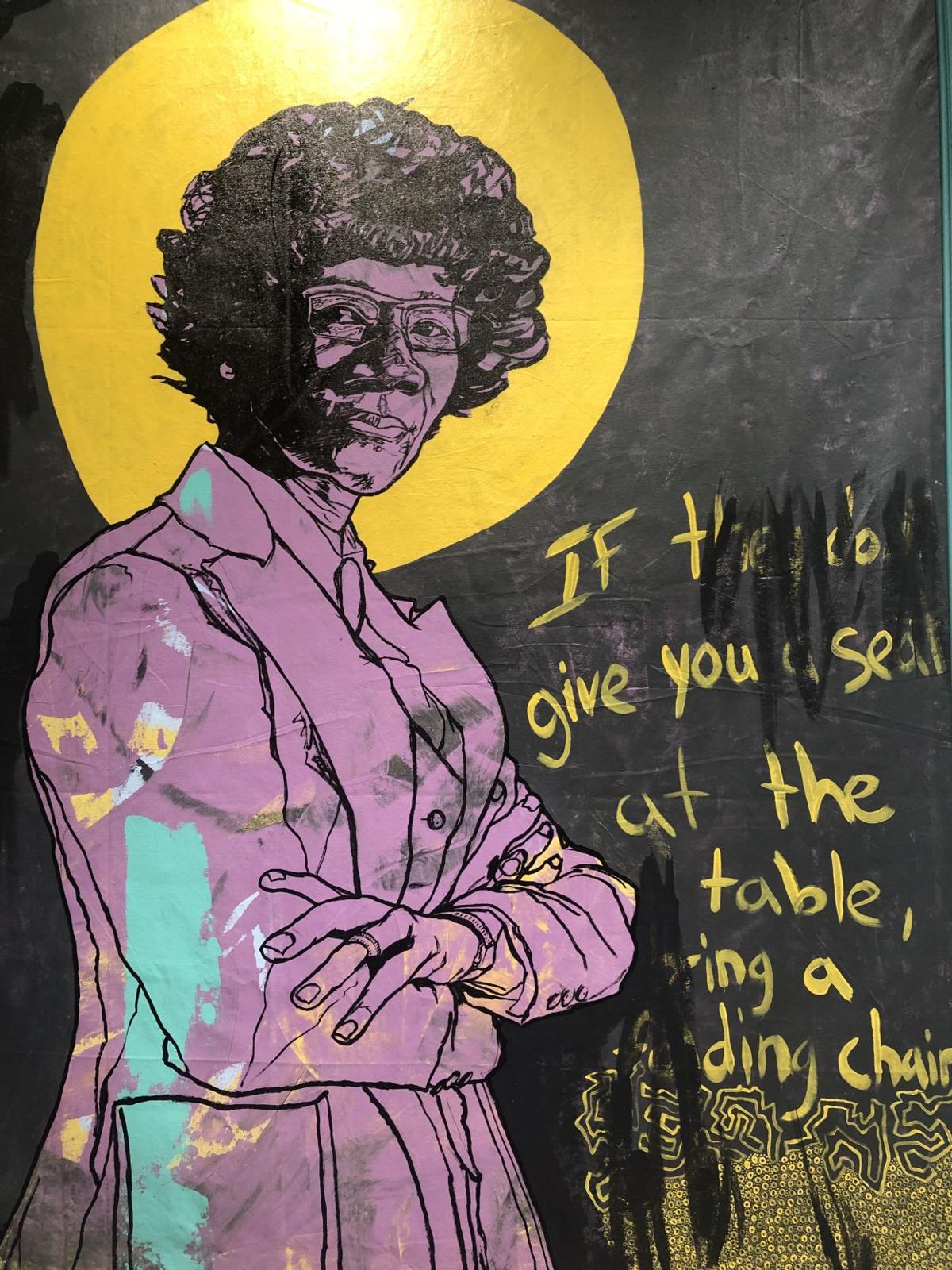 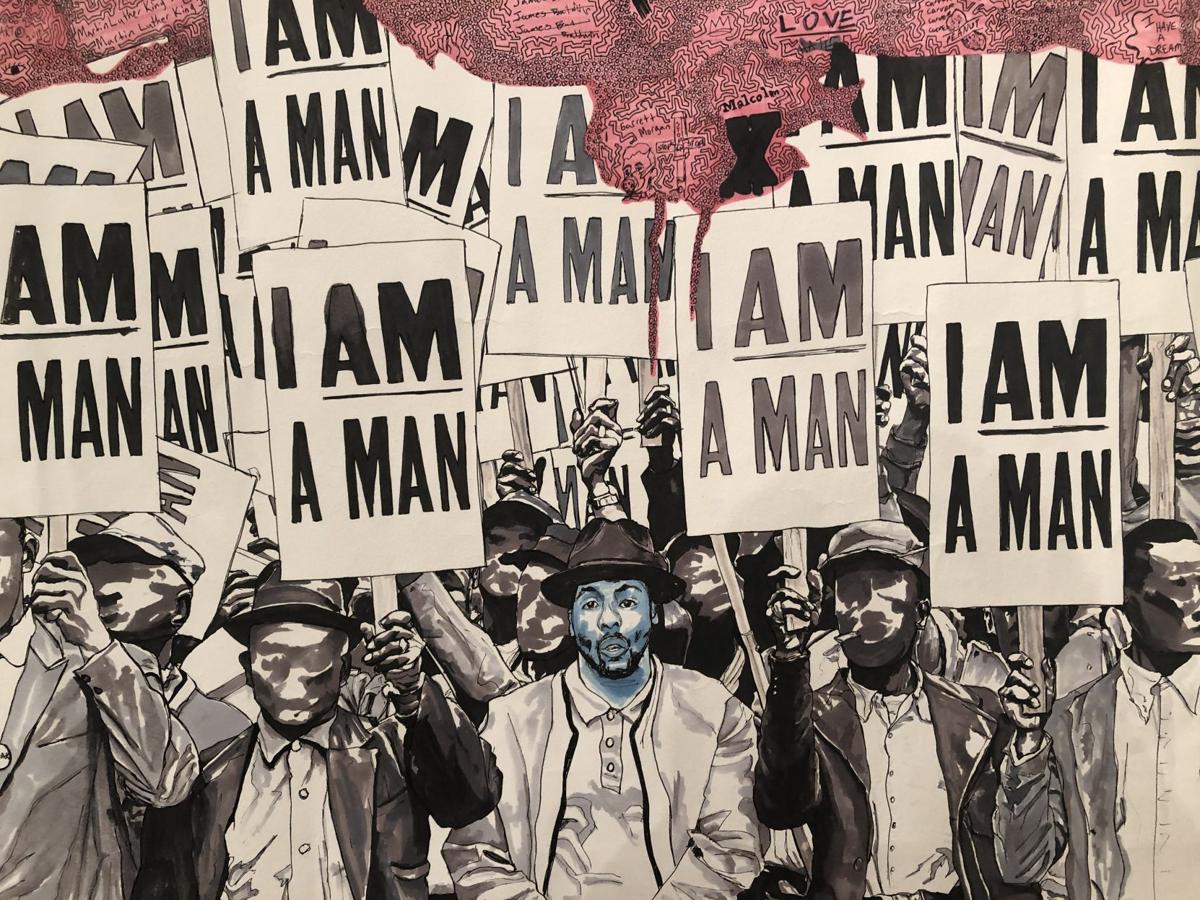 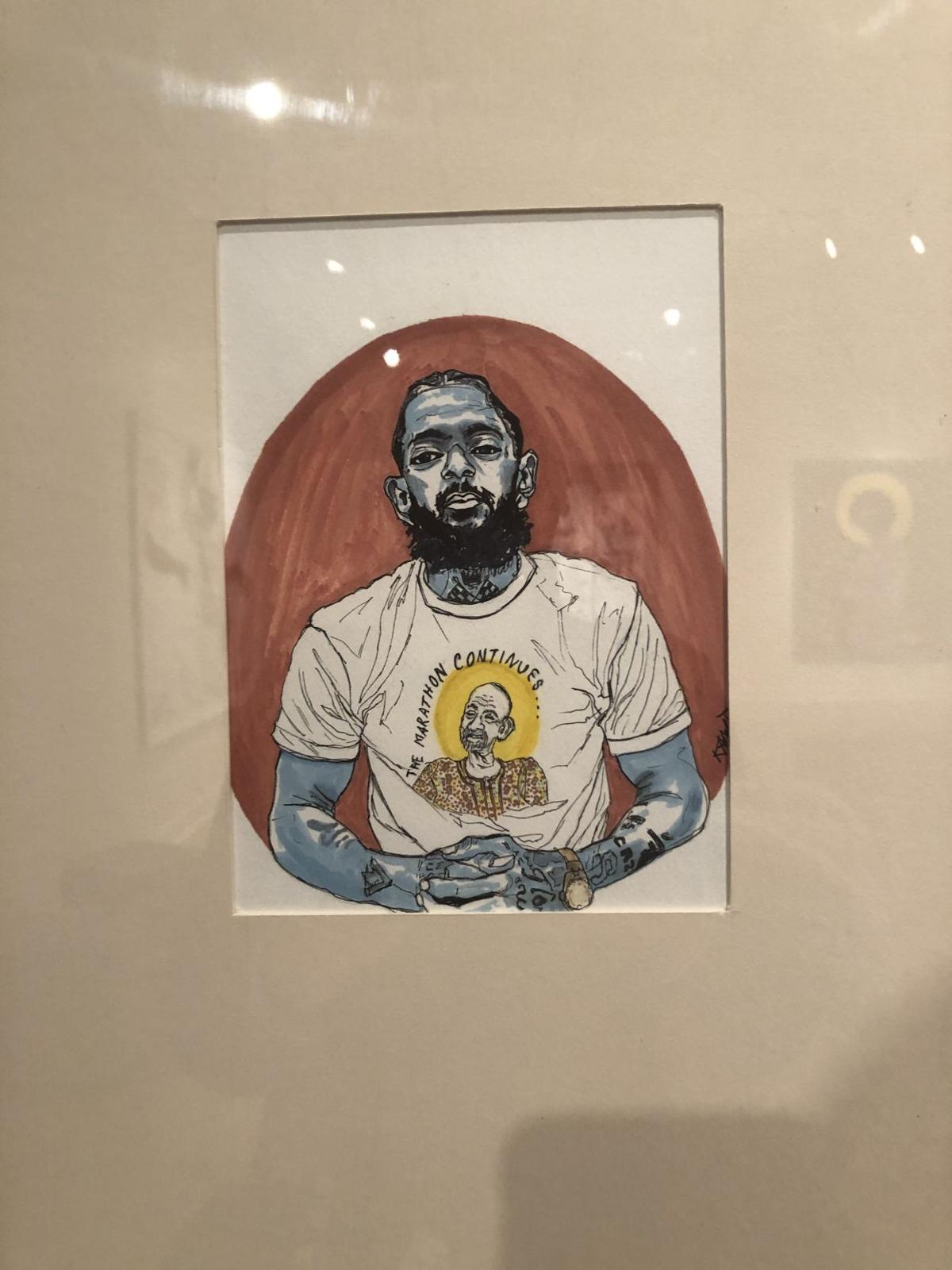 Hayden Hall has featured numerous art exhibits from many notable artists. This spring featured one of Louisiana’s local artists in an exhibit of her own works.

Born in Kenner, Louisiana, Kristen Downing is a self-taught visual artist based in New Orleans. She began her career as a sought-after tattoo artist and developed a passion for painting. Kristen’s work is largely fueled by the social and political climate of America. According to Downing, she believes it is the artist’s responsibility to “speak to the times,” and the focus in her latest work is to leave an impression of the current realities in which people of color and minorities live in America.

The exhibit currently on display in Hayden Hall is titled “In Bloom,” and opened Thursday, February 20, 2020. It will continue to be on view until April 2. The exhibit itself shows a multitude of different artistic designs and perspectives, and spectators had nothing but praise for the quality of Downing’s pieces.

“Her imagery captures the brashness of our current reality in a political context that isn’t nice, sweet, or pleasant. It’s in your face, it’s bold, it’s brazen, and it’s reality. She uses her art in the way protesters use their voice, leaders use their influence, and nations use their power,” said Kimmy Ducasse, a journalist from The Urban Realist.

With dozens of pieces featuring various color schemes and patterns, Downing’s paintings do a great job of making the viewer relate to the subject of the piece. With themes ranging from noire backgrounds and abstract water art, there’s no shortage of a perspective and variety in this adept artist’s works.

Kristen established KAWD Art Gallery in Baton Rouge in 2018 with a mission to educate, inspire, and increase social consciousness by telling [our] stories. She actively exhibits and commissions her work in New Orleans, Atlanta, and Baton Rouge. Her work has been on display at the New Orleans Contemporary Art Center, Aqua Art Miami and Spectrum Miami during Art Basel Miami, and Capitol Park Museum of Baton Rouge. Kristen received First Prize at the Louisiana Contemporary Exhibition in Prospect.4 at the Ogden Museum of Southern Art.

Art professor and curator of the exhibit, Mr. Randell Henry, encourages as many people as possible to come and view this exhibit while they can. “Come and enjoy the art show,” he said. “I wanted to get people to come to the art building to see this work.”