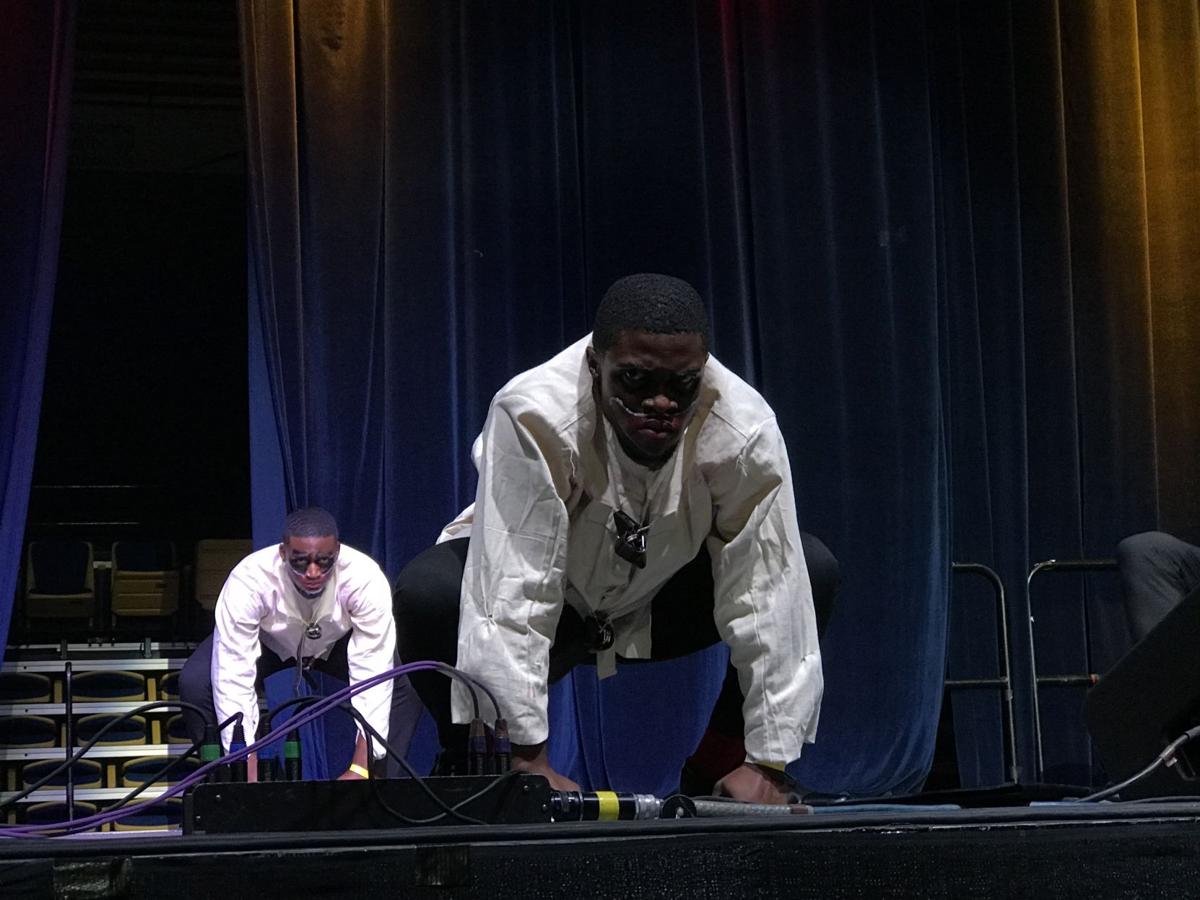 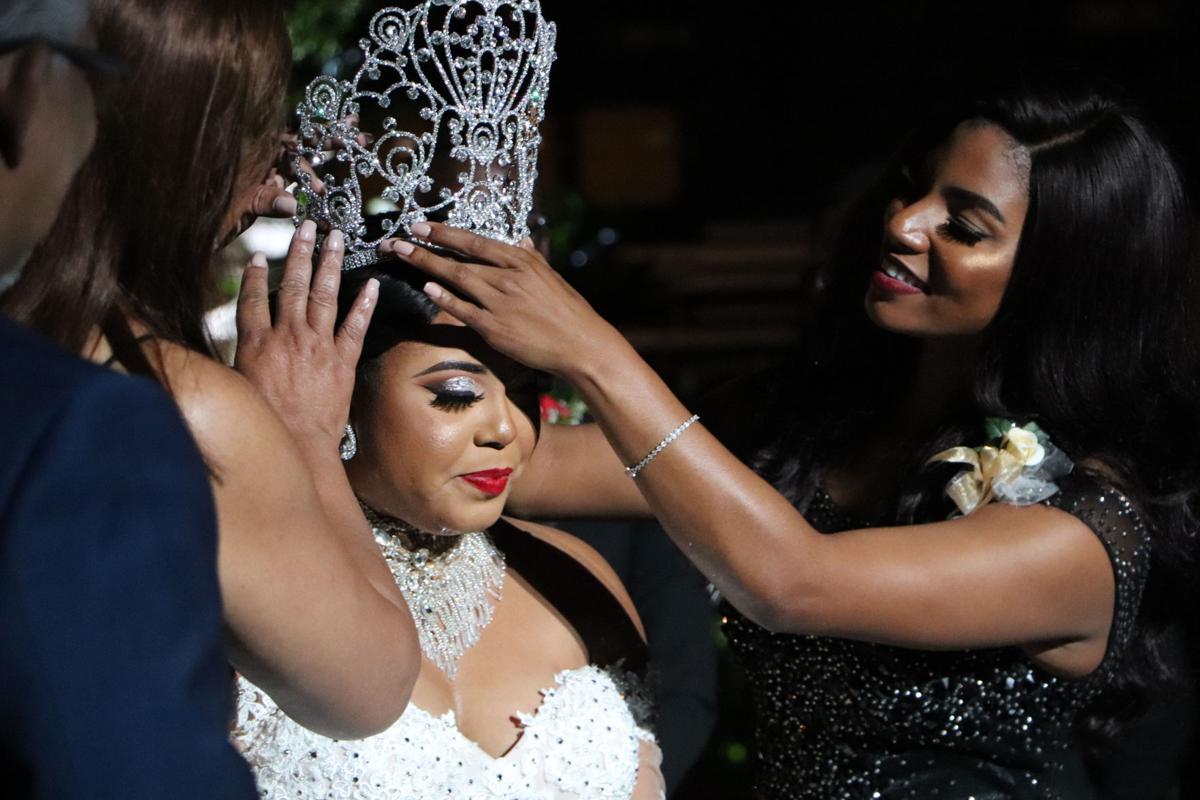 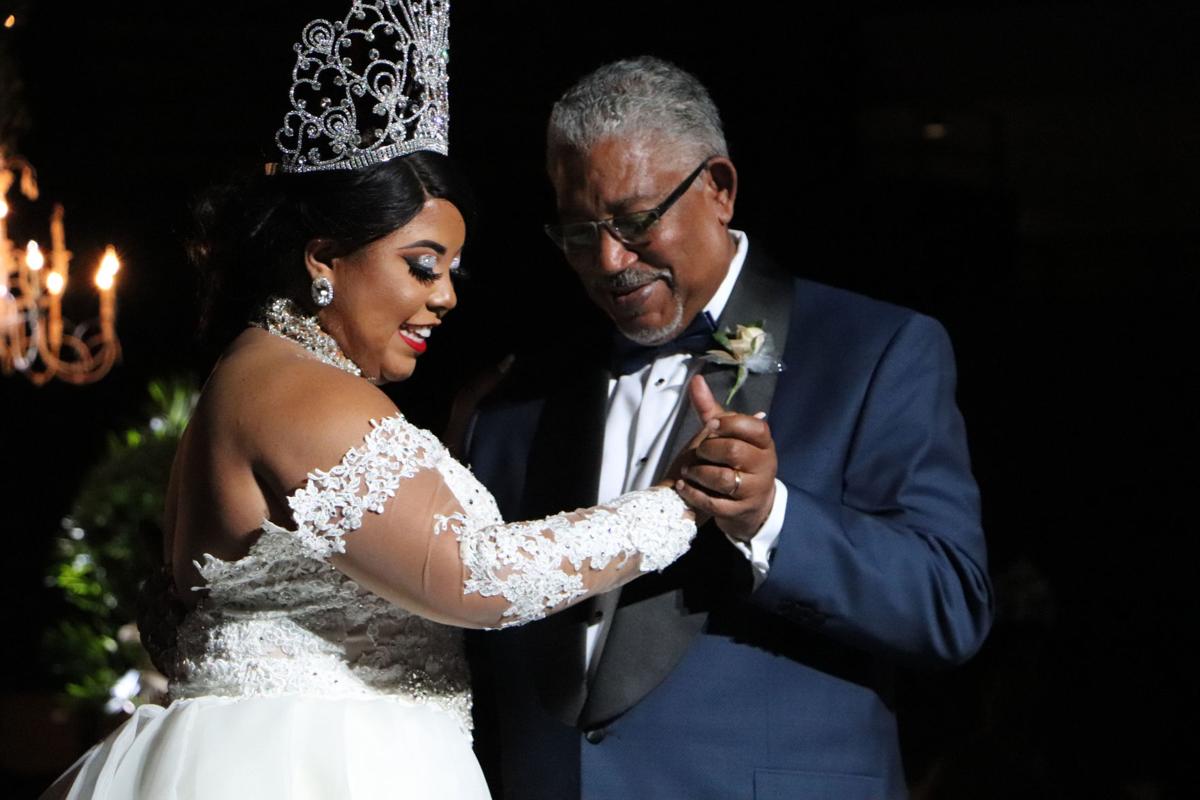 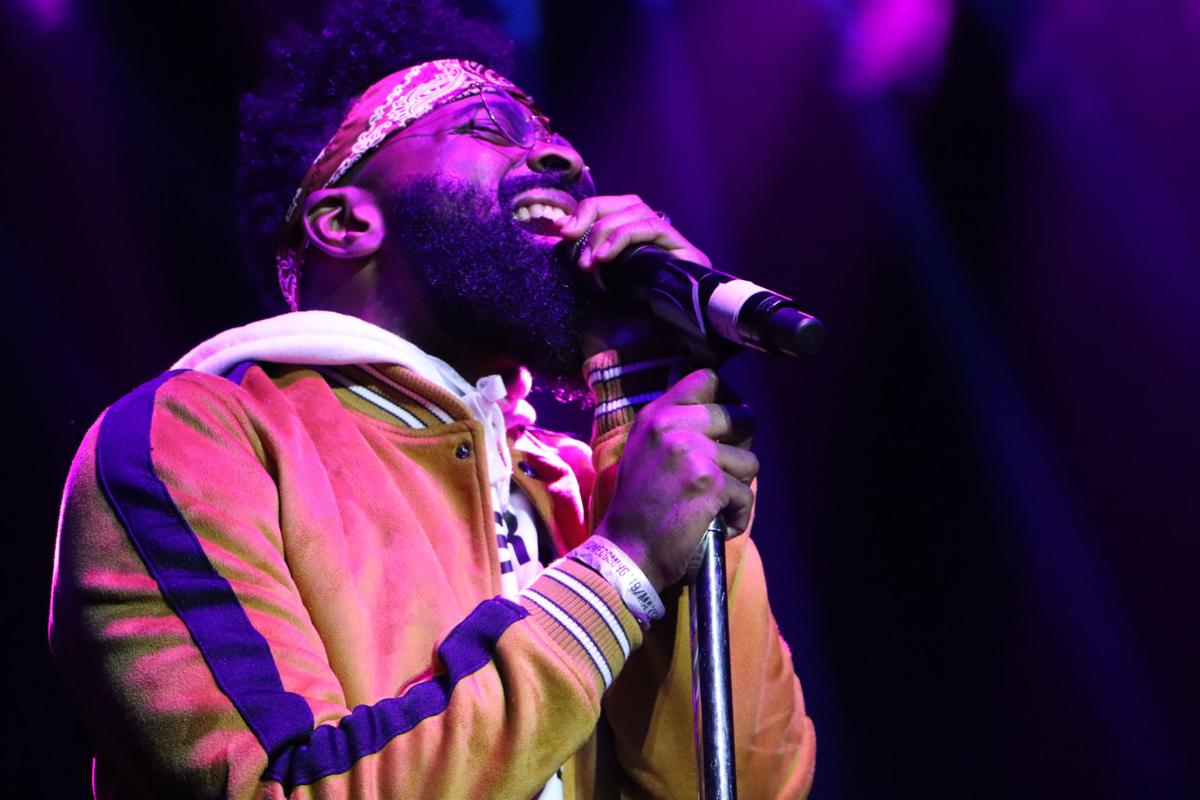 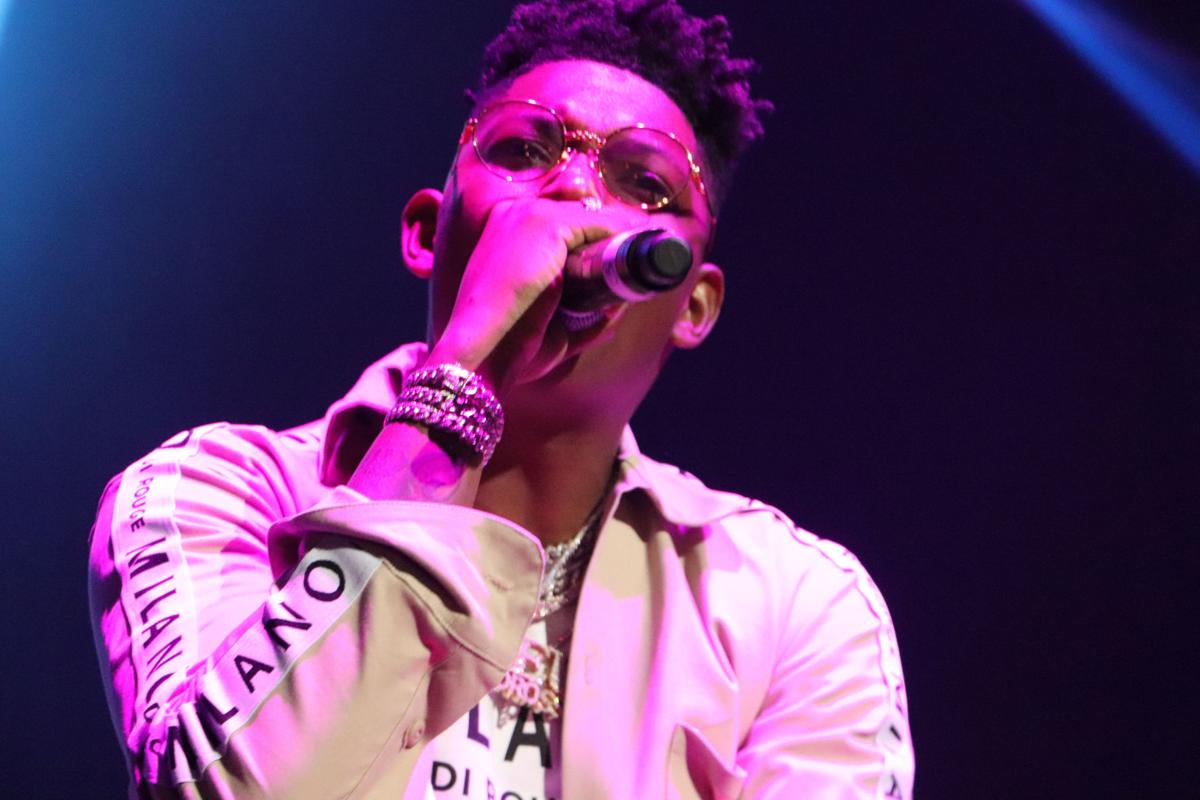 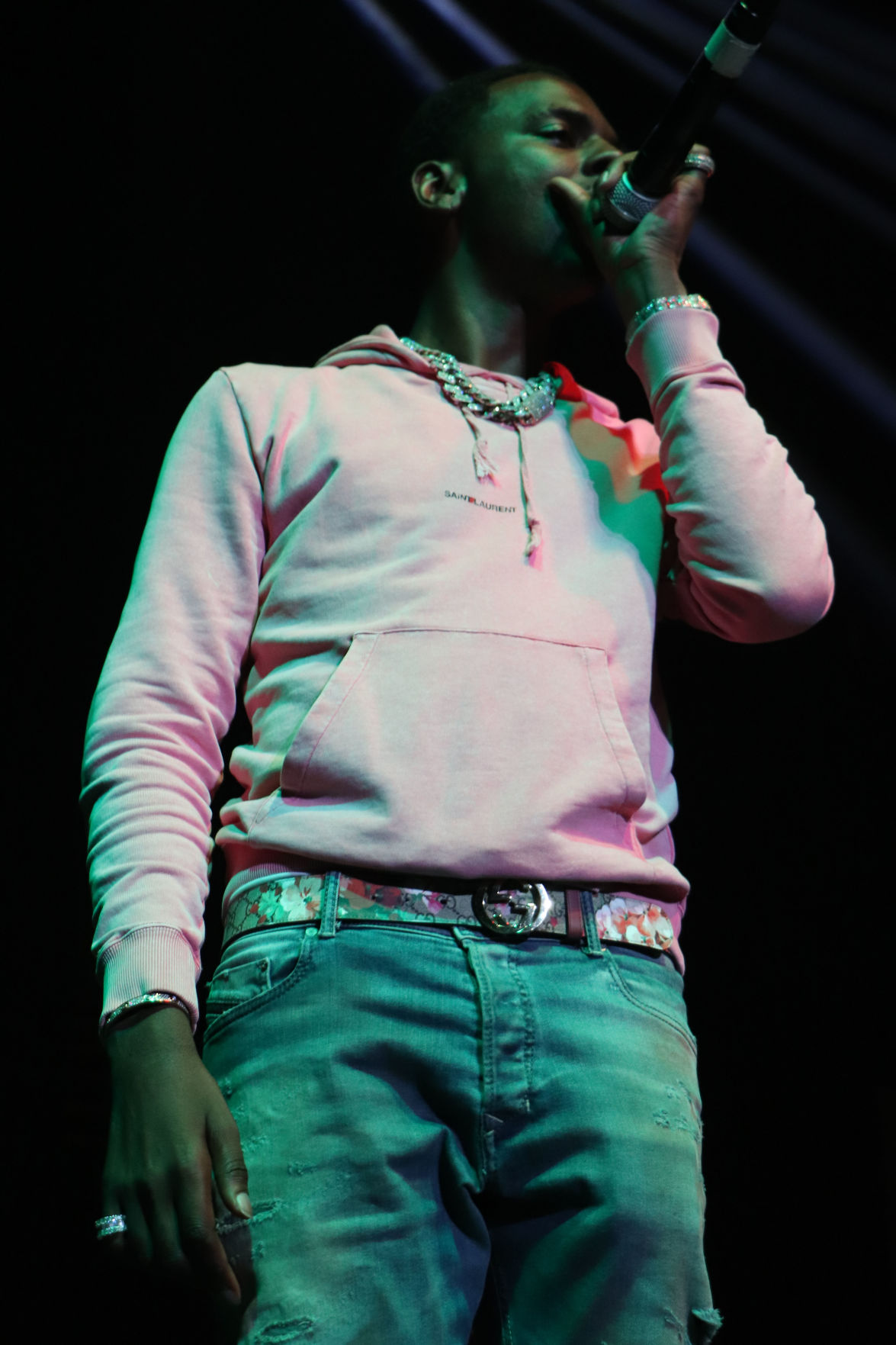 Rapper Young Dolph performs his most popular hits during the 2019 Homecoming Concert on Thursday, October 31 in the F.G. Clark Activity Center (Rocelyn Hamilton/DIGEST).

Rapper Young Dolph performs his most popular hits during the 2019 Homecoming Concert on Thursday, October 31 in the F.G. Clark Activity Center (Rocelyn Hamilton/DIGEST).

Homecoming entertainment spews from a variety of events and traditional norms throughout the week. The 2019 Homecoming festivities left the students of Southern University (SU) with memories to last a lifetime, or at least until next year.

The coronation of the 89th Miss Southern University and A&M College, Alacia Brew, took place on Wednesday at 7:00pm in the F.G. Clark Activity Center.

The minidone was nearly filled to capacity as students, faculty and family witnessed Brew and her court receive their crowns.

The theme, “Royal Night at Buckingham Palace,” provided vivid visuals and color schemes that lit the room with vibrant hues.

Escorted by Student Government Association President Donald Dunbar, the pair made their debut dance with the rest of the royal court at the climax of the night.

Many supporters, friends, and family were in attendance, including many of the past Miss Southern University and A&M College queens.

“Coronation was definitely a highlight of homecoming week! This was my first time attending coronation, and I am happy I got to take part in it as Junior Class President. Alacia and the class queens looked stunning,” said Kelsey Perine, a junior political science major from Mobile, Alabama.

For years, the Thursday of Homecoming has been dedicated to packing the mini-dome to capacity, and waiting for some of the hottest artists to take the stage.

Kicking off this year’s concert was up and coming R&B sensation and two-time graduate of Southern University, Keith Jacobs. Jacobs performed some of his latest hits like “Thirsty” and “Saucy,” to get the crowd hype enough for the long night of artists ahead.

Fans can listen to Jacobs’ music here in Baton Rouge on radio stations 94.1FM and 106.5FM. His music is streaming on all digital platforms, including  Tidal, Spotify, Apple Music, and Amazon Music.

Through the night, artists amongst the likes Jay Lewis, B. Will, DeeMic, Ari Lennox, Young Dolph, Young Nudy, Sherwood Marty, and Boosie Badazz took the stage as scheduled and planned by the Student Government Association.

Originally performing was artist Lil Baby, who cancelled almost one week prior to the concert due to ‘personal reasons.’ The recording artist then still came to Baton Rouge to perform for the concert on his own dime.

Students and artists alike were impressed, to say the least.

After the concert, Ari Lennox took to Twitter saying, “Southern University was so fucking fire. I only want to perform for y’all for the rest of my life…”

One of the most anticipated events during Homecoming Week, besides the football game, is the annual Greek Show.

This year’s Greek Show took place on Friday, November 1 in the F. G. Clark Activity Center, and it did not disappoint.

Not only did the SU fans and the student body receive thorough performances from the fraternities and sororities participating, but they also were able to see generations of Greek families strolling, reconnecting with long-time friends and show years of dedication to being a Greek.

Starting off the event, the audience was given a stellar opening performance as the Gold N’ Bluez dance team took the stage, and shortly after that, the real battle had begun.

This year, there were eight groups who competed for the first and second place prize of a $1500 and $3000 check.

The event itself was energetic, with each performance showcasing creativity and turning out better than the one before.

However, in the end, it came down a few stand out performances with the runner ups being the Beta Psi Chapter of Alpha Kappa Alpha Sorority and Alpha Sigma Chapter of Kappa Alpha Psi.

“It definitely had its own vibe about it that was different than what they normally got going on. I think everybody did their thing though.” said Devin Raby, a junior mechanical engineering major from Baton Rouge, Louisiana.

In this event, two donations were presented by former Greeks and students of Southern University. The Fall 2009 chapter of AKA donated $1500 to the current chapter, and representatives of the 2009 freshman class gave $1000 scholarships to two 2019 freshmen, Taylor Hayes and Keyon Jenkins. This event gave an amazing turn out which leaves fans and students wondering how they are going to top things next year.