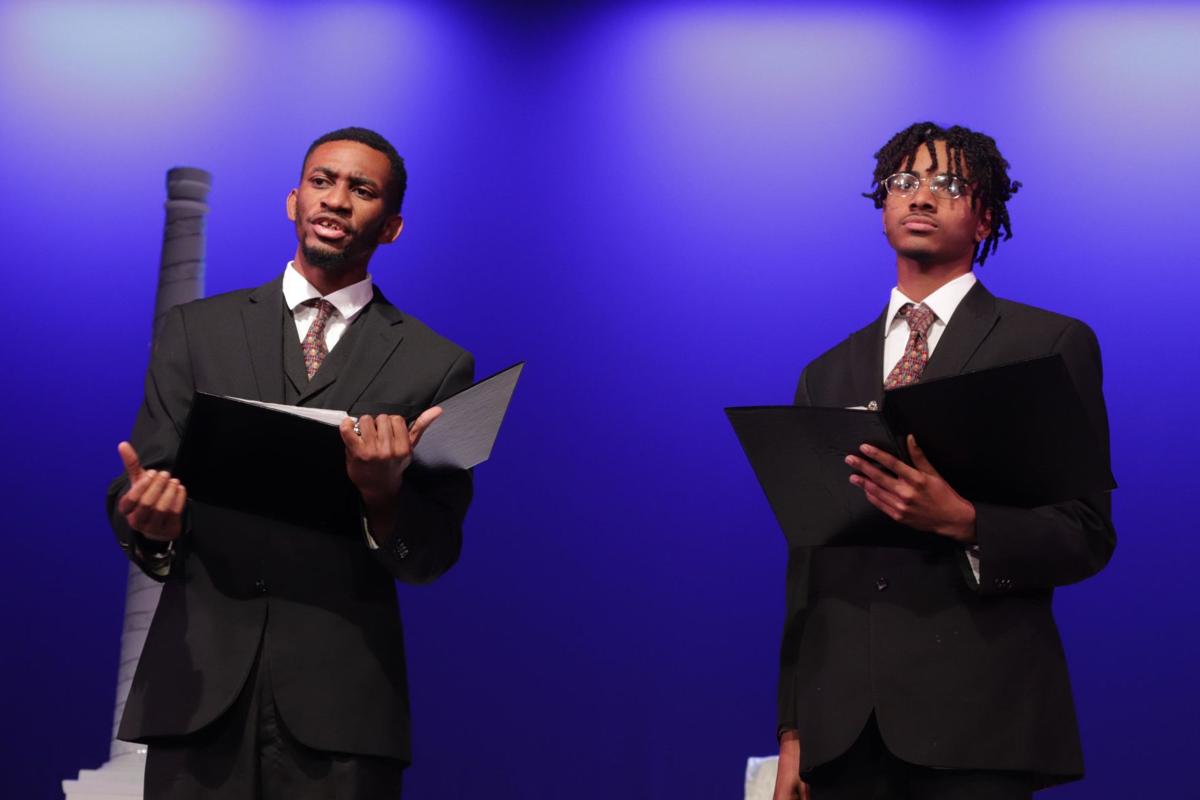 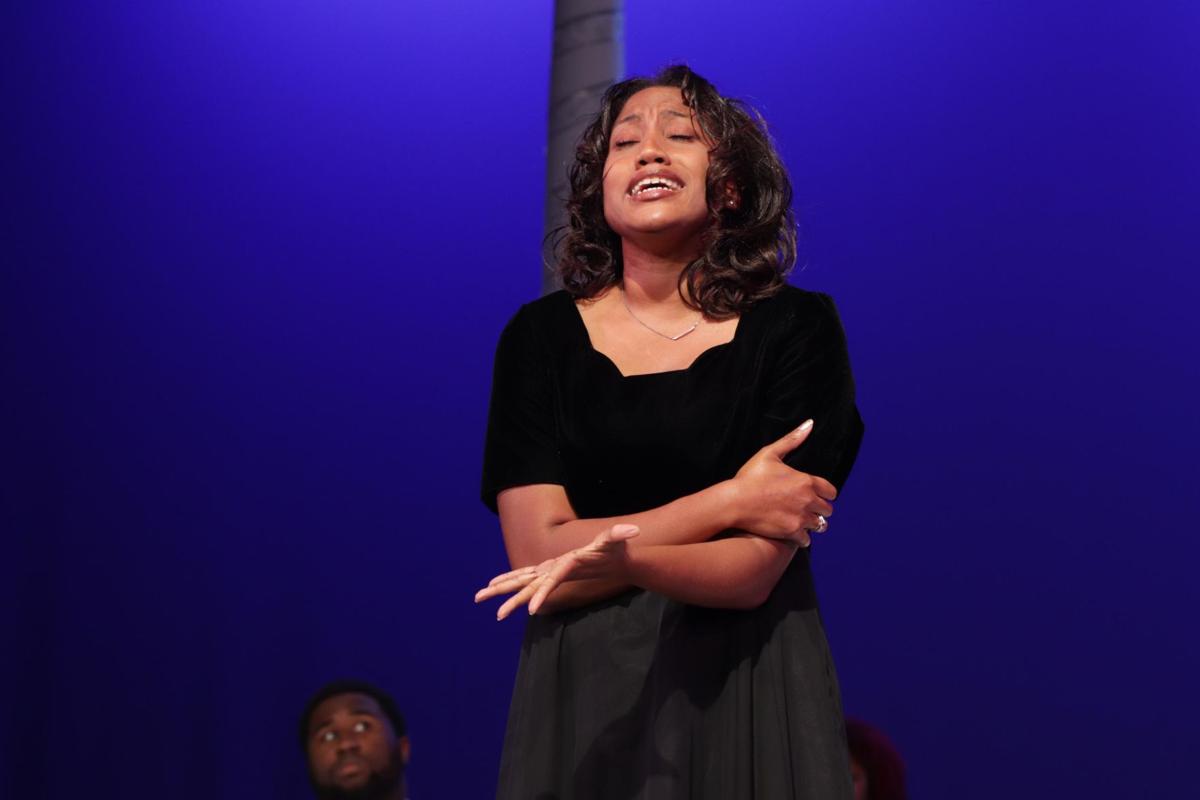 “God’s Trombones,” the production that the program has taken to this semester,  is a series of seven sermans written by James Johnson. Johnson’s vision for the play repeated the idea that audiences don’t tend to listen to the content of things because we’re so wrapped up in the music of the church and the ritual of the church, that we ultimately miss the content of the church.

Johnson’s idea was to take seven big stories in the Old Testament and bring them to life on stage. Dr. Godwin had a thought; that since it’s a new beginning that they’ll start with something religious.

According to Godwin, he understands that the audiences are used to seeing plays where people are in relations and are talking back to each other, but we’re not familiar with seeing plays where it’s a more oral interpret prospective where there is one speaker and that speaker teaches a lesson to the audience, as opposed to playing someone else.

“The students that are a part of the play are all mostly no majors in the theater department, but their performance as a group didn’t show that,” alluded Godwin in regards to the success his students have had in rehearsals and performances. According to some of the students, Godwin is constantly stressing the idea that there is no ceiling to the potential that the students have.

As for the future of the theatre program, Godwin plans on doing several shows next semester. Some of the upcoming plays include “Miss Evers Boys” which is about the Tuskegee Experiment, “Tell Pharaoh” by Lofton Mitchell that talks about the history of the black community from, time of slavery all the way through the 21st century, and “Blues for an Alabama Sky” which takes place in the Harlem Renaissance period and talks about pregancy and abortion. There are also plans to go on tour to help promote the theatre department and encourage more alumni support.